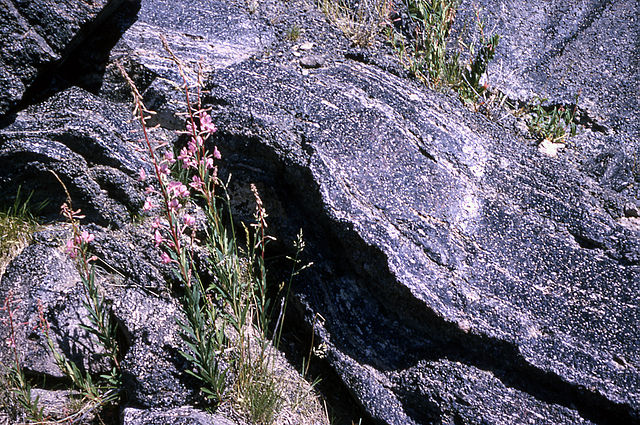 Domestic Production and Use: In 2016, domestic production of processed crude perlite was estimated to be 473,000 tons with a value of $28.9 million. Crude ore production was from seven mines operated by six companies in five Western States. New Mexico continued to be the leading producing State. Processed crude perlite was expanded at 46 plants in 28 States. Domestic apparent consumption was 585,000 tons. The applications for expanded perlite were building construction products, 53%; horticultural aggregate, 15%; fillers, 15%; filter aid, 9%; and other, 8%. Other applications included specialty insulation and miscellaneous uses.

Events, Trends, and Issues: Perlite is a siliceous volcanic glass that expands up to 20 times its original volume when rapidly heated. Expanded perlite is used to provide moisture retention and aeration when added to soil. Construction applications for expanded perlite are numerous because it is lightweight, fire resistant, and an excellent insulator. In 2016, the quantity of processed crude perlite sold or used by U.S. mines increased to the highest level since 2005, and estimated apparent consumption increased to its highest level since 2011. Increased demand for perlite-based construction products, fillers, and filter aids in 2014 through 2016 was supplied by increased domestic production. Net import reliance, as a percent of apparent consumption, decreased to its lowest level since 2001. Novel and small markets for perlite have increased during the past 10 years, one of the applications being the use of perlite as an alternative to microbeads in bath products and makeup.

Domestic perlite mining generally takes place in remote areas, and its environmental impact is not severe. The mineral fines, overburden, and reject ore produced during ore mining and processing are used to reclaim the mined- out areas, and, therefore, little waste remains. Airborne dust is captured by baghouses, and virtually no runoff contributes to water pollution. New information for China’s perlite production for 2011-15 was received from industry sources.

Inclusion of this data in world totals results in a significant increase in tabulated world production compared with previous tabulations. Exclusive of China, world perlite production was estimated to be approximately 2.8 million tons in 2016; however, with production in China included, world production was estimated to be about 4.6 million tons. Based on the newly included estimates for China’s production, the world’s leading producers were, in descending order of production, China, Greece, Turkey, and the United States, with 40%, 20%, 20%, and 10%, respectively, of world production. It was noted in prior publications that China was the source country for nearly 15% of the world’s processed crude perlite exports, but insufficient production data for China and several other countries were available to make reliable estimates of their production. Although China was the leading producer, most was believed to be consumed internally. Greece and Turkey remained the leading exporters of perlite.

World Processed Perlite Production and Reserves: The estimates of reserves were revised for Hungary and Turkey based on new information from official Government sources.

Substitutes: In construction applications, diatomite, expanded clay and shale, pumice, and slag can be substituted for perlite. For horticultural uses, vermiculite, coco coir, and pumice are alternative soil additives and are sometimes used in conjunction with perlite.

1Exports and imports were estimated by the U.S. Geological Survey from U.S. Census Bureau combined data for vermiculite, and perlite and chlorites.